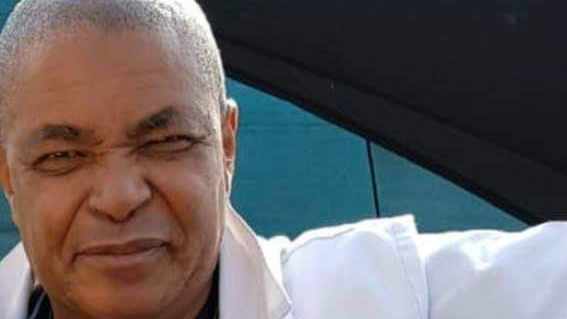 Johannesburg: Police have confirmed that they are looking for an employee of a doctor who was stabbed to death at his Glen Austin, Midrand home.
Dr Oupa Chuene, a GP who had a surgery in Tembisa, was attacked in the early hours of last week Thursday by four men. Police responded to a robbery in progress and arrested one of them. The other three fled. One of them is believed to be the doctor’s gardener.
Gauteng police spokesperson Captain Mavela Masondo said Chuene was attacked when he arrived home from work. He was stabbed him with a sharp object and his tablet was stolen.
R.I.P. Dr Oupa Chuene!!What a brutal and sudden departure!!💔![CDATA[]]>💔![CDATA[]]>💔 Rest in peace my brother, My Dr,Mr friend.😭
— Mr T. Vilakazi (@ThulaneEvans) April 16, 2021 “Police were alerted about a robbery in progress and responded swiftly. Upon arrival, the suspects ran away on foot. One suspect was arrested while trying to jump the fence and found with a tablet that was stolen from the victim.
Masondo said the attackers had gone into Chuene’s house as well.
How they gained entry into the property would form part of the investigation, he said.
RIP Dr. Jonas Tshehlo “Oupa” Chuene
Let those who took you away never know peace in their lives
— Sandla Semfene (@kabzalone) April 15, 2021 “A case of murder and house robbery has been opened as the investigation is continuing.
“A preliminary investigation suggests that the gardener, who is an employee of the deceased, is among the three suspects that fled,” he said.
Fare thee well Dr Oupa Chuene, our colleague, father,brother, uncle, uncle, son and our HcHero. Why are our doctors being killed by in our communities in South Africa – Please stop killing our Doctors!
We all devastated❗
RIP Dr Oupa💔 pic.twitter.com/JP41JohEdS
— Dr Maggie Mojapelo (@DrMaggzMojapelo) April 21, 2021 Police are appealing to anyone who might have information that could help in the investigation or assist in the arrest of suspects to please call their nearest police station or Crime Stop at 08600 10111.
IOL